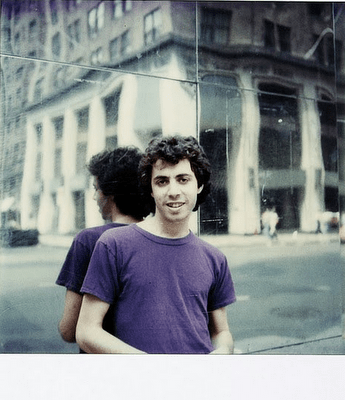 On March 31st, 1979, Jamie Livingston received a Polaroid SX-70 camera and took a picture of his then-girlfriend, Mindy Goldstein.

He was a 23-year-old student studying photography & film making at Bard College, and a member of Chris Wangro’s circus troupe The Janus Circus founded by Wangro at Bard College. He noticed after a few weeks that he was talking about one Polaroid a day, and so the Polaroid a Day project began. 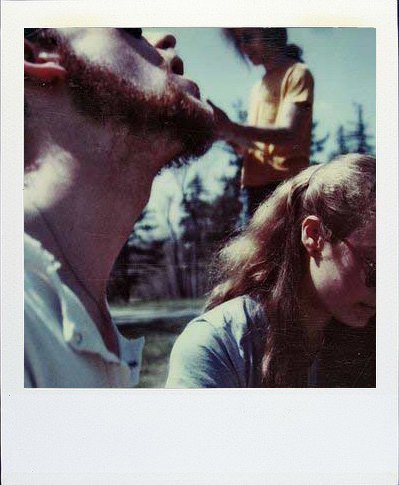 Jamie Livingston carried his SX-70 Polaroid around his waist. When the mood struck him, (a red wall, Coney Island in afternoon light, walking through sparkling cars in a parking lot) he’d take a photograph.  Bracing his camera against a wall or setting a tripod on a bench, he’d ask you to stand perfectly still.  As the Polaroid developed, he’d stamp it with a date, slide it into his camera case and take it home to add to the other photographs he’d taken, one every day, for eighteen years. The Photo of The Day was his ritual. He collected unusual places, strange angles, curious things, loyal subjects, beautiful times of day and committed them to memory.

The project continued when he moved to apartments in New York City including the circus memorabilia-filled loft on Fulton St which he shared with his best friend, Hugh Crawford. 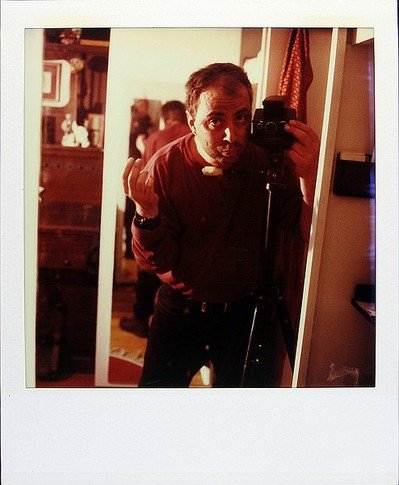 Livingston’s Polaroid a Day charted his experiences with a brain tumor, and his subsequent engagement and marriage. Crawford cited the “everyman quality to the photographs” as part of their appeal, with the collection documenting everything from Livingston’s lunch that day to the discarded Kodak and Polaroid packaging in a bin to TV screens showing presidents Carter, Reagan and Clinton. Because Livingston took only one picture and kept it regardless, the day-to-day often took precedence over more unusual subjects. 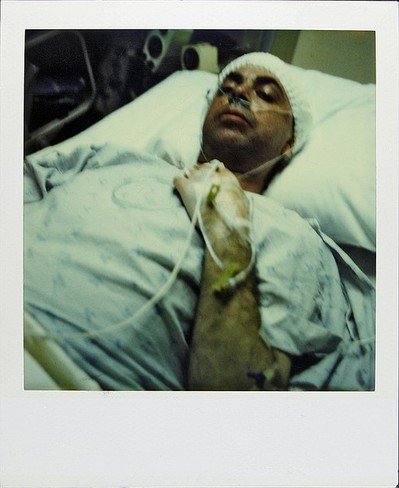 In October 1997, at 41, Jamie died and left behind a rare memoir: every day of eighteen years of his life.  Six thousand, six hundred and ninety-seven photographs, dated, in sequence, which, lined end to end, would stretch half a mile.

The last Polaroid has taken on the day of Livingston’s death. 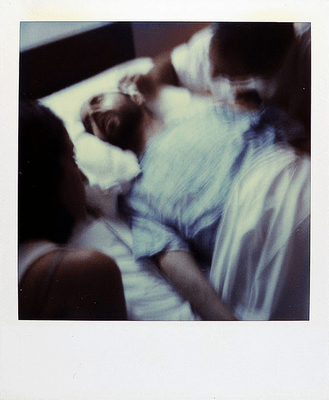 Weirdly, Jamie can be remembered for precisely the things he wanted to remember: daily ordinary joy. Photo of the Day is a work of light, colour, laughter, pain, travel, beauty, won ton soup, afternoons, coffee, hanging out, love, life in its entirety. It’s the masterpiece we all create. It’s just that Jamie thought to take its picture.

With thanks to OTBKB and Photoshelter