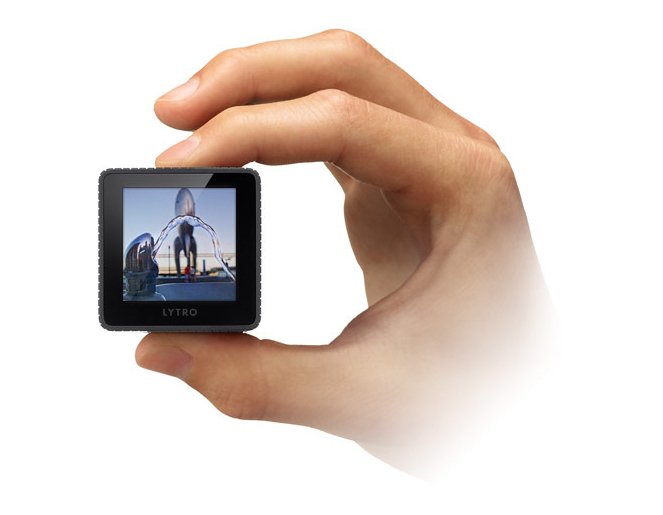 Lytro cameras – gimmick or the future of photography?

Deep in the heart of Silicon Valley, California, is a little company that, if all the hype is to believed, is set to revolutionise the world of photography.
Having just received a cool $50M investment, Lytro is developing cameras and software using light field technology. The technology behind the concept has been used by those clever people at NASA for some time, but essentially it uses light field technology to replace traditional methods of focus and image capture, using instead a light-field, or plenoptic camera. These cameras put an array of micro-lenses over the sensor. This lenticular array sits on the focal plane of the camera (where the light is focused by the lens — also known as the film plane), and the sensor sits slightly behind.

The camera not only records the color and intensity of the light, but also the direction. Using some heavy processing, this information can then be used to do the magic you see above. It also replaces much of a camera’s precision mechanics with software.
While this after-the-fact focus choice is the clear wow factor, there are other cool tricks the camera can do with this information. First is that the camera can shoot in much lower light. Second is that, as the sensor is recording direction information, you can peek “behind” the edges of the foreground objects.

Often perceived as the Holy Grail for photographers, the ability to alter the depth of field and focus plane in post production will open up a whole new array of possibilities and, with certain limitations, integration into the world of CGi and 3D imaging too.
Lytro’s trick is to get this technology into a camera that is small and affordable enough for consumers. In an interview with All Things D’s Ina Fried, MD Ren Ng promised a “competitively priced consumer product that fits in your pocket” later this year.

If that got you excited about Lytro’s potential, here’s a look at 5 of the coolest promises Lytro is making about its new cameras.
Focus Later
If you played with the image above, then you saw how an image taken with a Lytro camera will supposedly let you change the focus from a foreground object to a background one or vice versa. But based on the images in Lytro’s photo gallery, it appears the technology limits how many different points of focus you can choose by setting up clickable regions on your photo. It’s also not clear if Lytro can clean up an image that is fundamentally blurry (it happens!).
No Shutter Lag
Lytro says you can turn on its camera and be ready to take a picture in less than one second. Promised instant-on functionality would mean you’d never have to wait for the camera to turn on and open the shutter before getting your shot. Lytro says its cameras substitute “software for many of the internal parts of regular cameras,” but it’s not clear which physical camera components have been left out.
Low level light
Because the camera can record the entire light field in its range of view, Lytro says its cameras can take a better picture in low-light situations without the use of a flash. That’s an interesting claim, but I wouldn’t take that one to the bank until a third-party reviews the camera. Looking at the photo gallery, the outdoor shots look pretty good, but the many of the indoor shots appear less sharp.
However, these are online photos and they likely have a reduced resolution to improve page load times. So it’s hard to know how the online images would compare to full resolution Lytro shots sitting on your hard drive (no information yet on file sizes, colour space, etc)
2D or 3D
Lytro says its cameras can create 3D images with a single lens. Presumably, because it captures the entire light field, the image includes enough information so that focused objects can easily pop out of the background. Instant 3D would be an interesting feature, but there’s no word on what the resolution of these photos will be. So it’s not clear how impressive a Lytro 3D image would look when displayed on your big screen 3D HDTV.
Portability
Lytro says its cameras are portable, but it’s not clear if the device will be slim enough to just slip into your pocket or if it will require a bag. The first camera the company is launching will be of the point-and-shoot variety, according to The Wall Street Journal.

Lytro plans to release its first camera before the end of the year, but the company isn’t talking yet about camera pricing or specific dates for availability. If you’re interested, you can sign up for the company’s mailing list for more information. While you’re there make sure you play with the photo gallery to see Lytro’s technology in action.

You might think that this would produce unfeasibly large digital files, but Ng insists that the files will be roughly comparable to the average size of a digital photo today. The heavy lifting is being done by the camera’s on-board processors, he says. And because its light sensor is incredibly sensitive, you can capture low-light situations like restaurants a lot more easily — even without the flash.
Although the camera itself isn’t due out until late 2011, Lytro on Tuesday unveiled a carousel of demonstration snapshots — all of them embeddable, available in Flash for the web and HTML5 for your smartphone.
Remind you of Instagram‘s tilt-shift feature, perhaps? Similar, except when you realise that Instagram can only focus on one area of the screen at a time.
And the cost of this camera? Ng says it will be comparable to other consumer-priced digital cameras on the market. If the end result is anything like these demonstration photos, the $40 billion camera market could be about to meet a whole lot of disruption.
The quality of their promotional photography is dubious to say the least (styling & lighting?) and although I can see some advantages in being able to select the plane of focus in post production, I’d like to think that the ability to focus accurately and precisely is a given for any self-respecting photographer! Yes, I’m critical, but I don’t believe this new trickery is aimed at photographers, I think it’s looking to capture a huge audience of image creators who now use their smartphones to capture scenes or events that they want to share on facebook, etc. And therein lies the problem – will anyone be bothered enough to use it? We’ll see. $50M says they will, apparently.

Watch this space, Silicon Valley could get very hot this year!